You might have noticed that not all kinds of music are the same. Some are slow and melodic, while others are upbeat and fast-paced. Before you start your journey as a music writer, it’s important to learn music and understand its different types—so you can distinguish the type that suits your style and the one that’s better for you to deliver your thoughts and messages.

About 90 percent of the world’s population listens to music daily, amounting to around 25 to 30 hours of their week. International music consumption is popular throughout the globe. It continues to grow as newer generations look to break the everlasting language barriers and explore music from other cultures and nationalities.

But of course, the world’s population has different tastes, thoughts, and styles and can’t be measured with one scale. Naturally, these people have different tastes in music and what they like to listen to, to relax and unwind.

Some people find comfort in slow music, which is both rhythmic and easy on the ears. Whereas others are fond of music that challenges them, moves them with its pace, and breaks through the walls of tranquility. These different kinds of music are referred to in the musical world as ‘genres’.

Theoretically, a music genre is described as a term used to classify certain types of music as adhering to a common tradition or set of rules. Because music is an artistic medium, these categories are sometimes subjective and contentious, and specific genres may overlap. To sum it up, a genre is referred to as the category of music.

Several elements in a genre distinguish it from the others and place it into a certain category. These genres can often be defined by the musical instrument used in the music. For example, acoustic guitars may suit one genre, while electric guitar basslines are appropriate for another.

This, of course, is a general perception and may differ, as more musicians like to combine two or more genres to produce a combination that could serve more than one category of people.

Traditionally, there used to be a limited number of music genres. But, today, these genres have expanded with new and improved composition methods, electronic-based instruments, and software to merge music and create hybrid forms of music. But the value of music categories stills persists in the music world and helps musicians classify their music and themselves.

Some of the common types of music that are created daily around the world are listed below:

Pop music has the richest history among all genres of music. Traditionally, pop music described any music that gained popularity. But, until recently, it was defined as a genre on its own based on the elements of music it carries.

This kind of music is the most scalable genre among its counterparts and has evolved to significant changes over the years. But even with the tremendous amount of evolutions, the genre is still described as the most rhythmic form of music that gets a person to put their dancing shoes on.

This kind of music contains a repeated rhythm in the chorus, verses, and a bridge to connect the chorus with the verse. The general structure of the music is based on a loop or a riff, repeating throughout the song. The verses used in this music are easy on the tongue, consisting of simple diction that connects one word to another.

One of the most critical factors for pop music structure is the beat interval. Musicians are bound to maintain the accuracy in beat intervals to keep the composition within its pattern. It often includes layers of music that enhance a song’s overall feel.

The rhythmic elements of pop music can be traced back to the 19th century, when the music brought in by the African Americans influenced a larger part of the world. The music contained elements of dancing to the beat and the increased use of instruments to enhance the sound of the music.

The genre of music took shape and solidified its existence in 1950 with the introduction of legendary pop artists such as Bing Crosby, Marty Wilde, Tommy Steele, and Bobby Darin. This was also when Elvis Presley began to show his talents to the world, a pop singer who was going to change the art of pop music for good. Later in the late-60s, The Beatles began to influence the world with their edgy pop music—while other incredible singers like Stevie Wonder, Bob Dylan, and Marvin Gaye started showing the world the true strength of this incredible music genre.

It was the mid-80s when an African American man continued the legacy of this genre while inducing quirky and complex dance steps into the music routine. The artist was named Michael Jackson, who became the King of Pop Music. Rock music is the second most popular music genre in the world. It can be described as edgy, fast-paced music often performed with loud instruments like drums, electronic guitars, bass guitars, and others. These scores are different and contain elements of aggression and energy.

Like any other kind of music, rock music has evolved tremendously over the last few decades. The introduction of new and improved instruments and electronically created sounds has further amplified this genre of music.

Rock music heavily relies on the instruments that are used to create it. Three instruments are typically used to create this music: the front end sound of a rock music structure is derived from an electric guitar. A bass guitar further enhances this sound. The drums are the final piece in the puzzle to complete a rock music structure. Drums offer an extra boost to the sounds and control the rhythm of the structure.

Musicians prefer to use a complete set of drums while creating rock music. The set contains a bass drum, snare drum, and ride cymbals. Other instruments used are keyboards, with a lead singer to tie all the ends of the music together.

Rock Music came into existence in the mid-20th century as a sub-genre of blues music. It was merged with various other genres, including folk, gospel, and swing, resulting in music that became its own genre. The music was moving, infectious, and often contained controversial lyrics—a massive part of its success.

Later years saw the music genre included new and improved forms of music and turned into progressive rock, punk, heavy metal, and other sub-genres on the top of today’s music charts. Learn Music at the Best Music School in Abu Dhabi

Music is a vast field, and there is always so much else to learn and explore. If you want to master the art of music—seek help from us at The Young Musician Music Institute.

Our Musical Institute is rated as one of the top music schools in Abu Dhabi, offering several music courses for beginners and an internationally recognized music diploma.

Contact us to learn more about our services for helping musicians of all ages find their true potential. 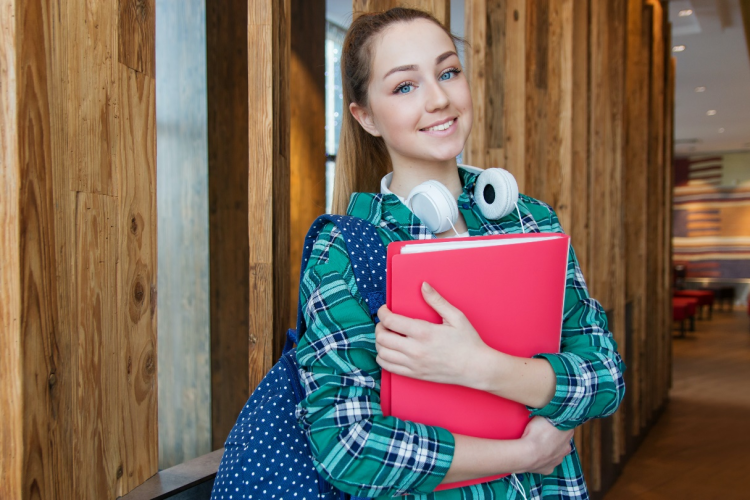 Study Music: Types of Courses A Candidate Can Take In Music

Music as a field of study is vast. There are many courses and degrees to choose from. Know your prospects here.