Queen Songs You Can Learn on Guitar

The 1970s were ripe times for hard rock and heavy metal music genres. More and more musicians were finding the genres supremely expressive and distinct from other genres of the past. Queen, the rock band, comprised four enthusiastic musicians highly influenced by hard rock and progressive rock.

Hark rock music involves aggressive vocals and a range of guitars, including bass guitars, electric guitars, and drums. Modern hard rock bands even have keyboards. Queen, the band, is known for its unforgettable hits like “We Will Rock You” and “Another One Bites the Dust”. Their song “We Are The Champions” has become a go-to celebratory song in sports events.

Here are some Queen songs you can learn on a guitar.

A hit number of its time, the music composition of the song is quite straightforward. It’s perfect for first-timers. The song can be learned on acoustic guitars. The learner will only have to be super careful about the notes. It’s also a beautiful composition and easier to follow. In the original piece, Brian May plays the electric guitar. The guitar balances the song’s other tunes, including the organ.

The song also makes use of the bass guitar. The guitar is used to play subtle musical sounds. They are what musicians refer to as bass lines. Its purpose is to offer the much-needed groove to the music composition that complements the electric guitar.

Bohemian Rhapsody is known for using the Red Special, a guitar Brian May developed with his father. It’s a signature red guitar that Brian May uses for his guitar performances for the band. It was designed for feedback, and the inspiration for the guitar came after he saw Jeff Beck playing live and making different sounds just by moving the guitar in front of the amplifier.”Bohemian Rhapsody” guitar notes can be tricky for an amateur musician.

To perfect a few missed chords here and there, start with easier guitar tunes. Music lessons for beginners at The Young Musician Music Institute offer a range of instruments other than the guitar. 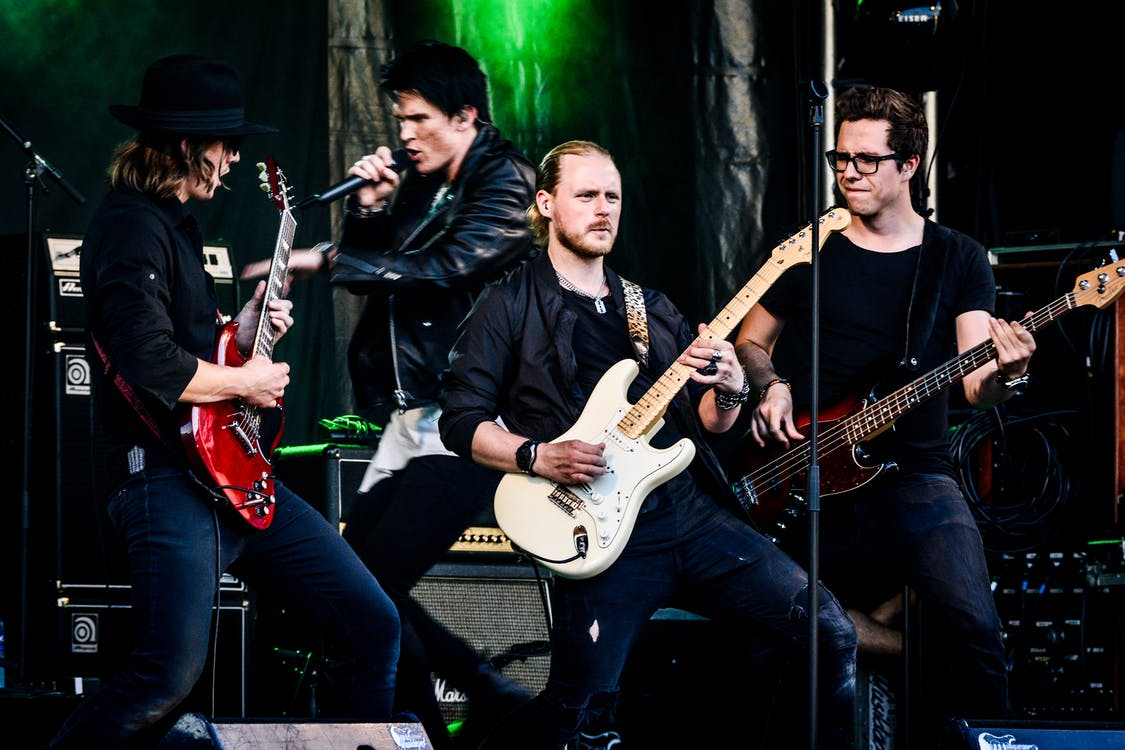 The song is from Queen’s seventh album, called Jazz. The song features Brian May’s guitar solo. Brian May’s most satisfyingly over-brightness of solos steals the show. The treble-boosted tone that brings it off, though, the guitar is not complementing the rest of the arrangement up to that point. 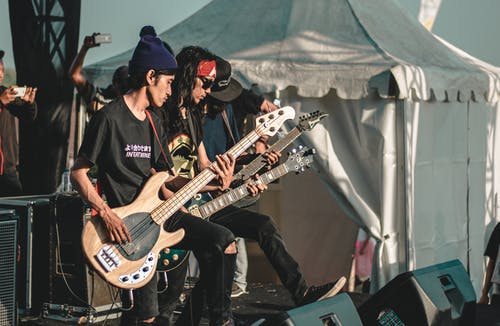 “We Will Rock You”

After a robust drum introduction, the electric guitar takes over in this one. “We Will Rock You” is a sports anthem, a motivational mantra, and a go-to strong for most inspirational videos on the internet. The song will need tons of practice since the only other major complementing sound is a drum.

Brian May’s guitar solo in “We Will Rock You” comes in the last 30 seconds of the song. It establishes the song’s rhythmic Cappella form.

The song’s melody is predominantly homophony. May’s initial lead part and Mercury’s melody synchronize at common points. Song has three separate guitar tracks, all played on the Red Special, with an elegant tone that sustains with refined precision. The song uses multi-tracking and overdubbing techniques and effects, including EQ, distortion, reverb, flanger, and wah-wah. The song’s swung vibes come from the sudden change of tune now and then. It’s not difficult to play the song on a guitar.

Singing lessons in Abu Dhabi are offered by Trinity College-affiliated music institutes like ours. 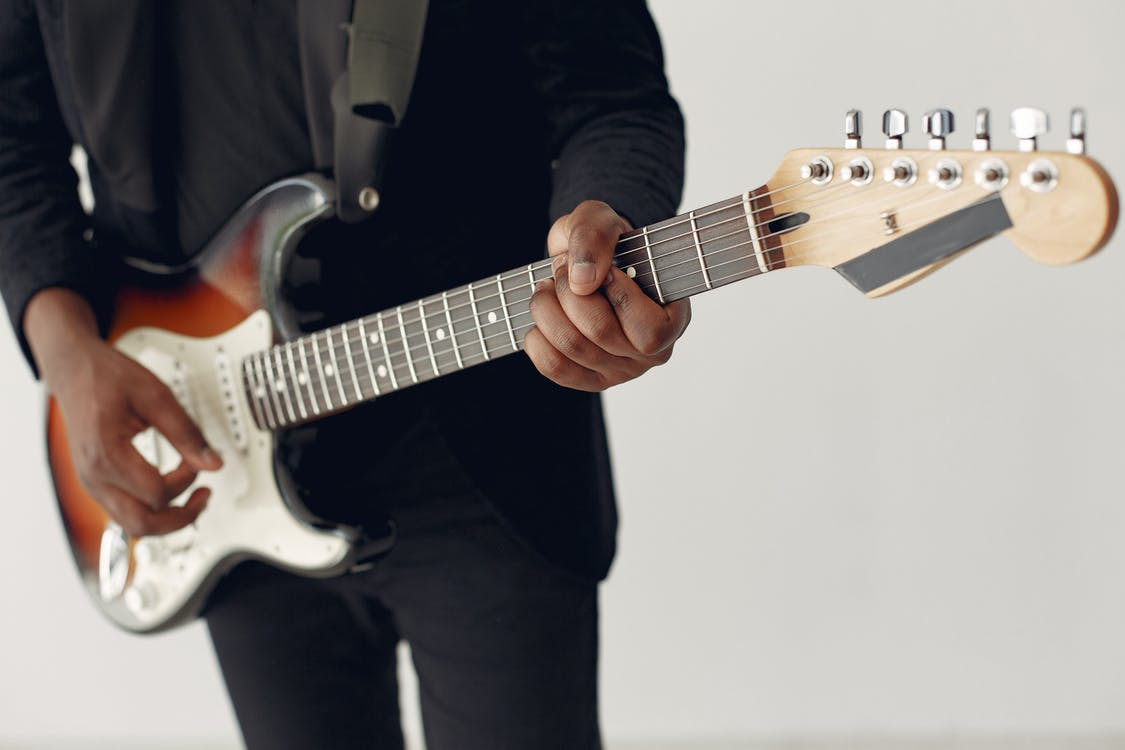 Brian May has brilliantly fused his melodic soloing flairs with a rock & roll style. The solo has a sassy touch with his off-beat, double-note glides. Once you begin playing it, you’ll get accustomed to the melody quickly.

“Love of My Life”

You can easily pick this one on a guitar since the chords are easier to identify. Brian May did full justice to the song’s overall arrangement with its guitar sequence. As you learn the guitar through the song, decide on the notes’ arrangement beforehand. For beginner learners, the notes could be simplified a bit in terms of chord sequencing.

Want to imitate Brian May? You’ll need a twelve-string guitar and lower the key by a minor third. Note that this will automatically change and add to pitch and tuning complications. Beginners could simplify the tune and use it to learn how to play an acoustic guitar.

Music teachers in Abu Dhabi ensure you take classes in a relaxed environment. Sign up for guitar or piano lessons at The Young Musician Music Institute. The song’s legendary in terms of its composition and appeal. The track was composed by Brian May himself. It’s one of May’s most enthralling solos, with many firm licks as the song progresses. The song was a part of their album Miracle.

The song’s not easy to imitate but has a fond endearing rhythm. We’d recommend instructors simplify the tune for beginners. The song offers a great choice for ensemble performances. Try pairing it up with high-pitched vocals.

“I Want to Break Free”

The song’s special for several reasons. Apart from receiving rave critical reviews, the song was written by Freddie Mercury. The song is easy to play on guitars. You will have to practice a few general chords and let the guitar do its magic!

You don’t have to learn the whole guitar sequence in the song. Listen to the song and choose the chords that are familiar and sound less complicated. Practice over a couple of days to perfect the song. Once perfected, try playing it with two or more guitarists for smaller audiences

“A Kind of Magic”

The song is quite hip. The guitar chords are easy to follow and imitate using an acoustic guitar. The song has a catchy melody and goes with a violin or a piano accompanying the chords. The song works for expert and beginner guitarists.

The song was much popular during its time. It continues to be a catchy number for many. For first impressions, the song is wonderfully blithe and simple. 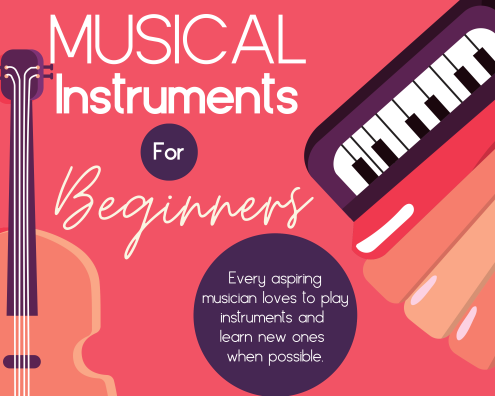 There are number of musical instruments that a beginner can start learning and stay motivated. Read more about them in the following infographic.