Classical music history is full of practice devotees, pioneers, and geniuses. Some of the best-known classical music composers gifted their masterpieces to the world during the last 800 years. These geniuses differed in skill, innovation, popularity, and style, making them the subject of some of the most heated debates among classical music lovers and scholars. Mozart, Bach, and Beethoven remain consistent in the top three spots, but fans’ opinions vary on the rest. We’ve curated this article to introduce you to some of the most famous classical composers in music history to help you learn about some of the very best classical tunes ever written. This list will give you the greatest introduction to classical music, so, without further ado…

Ludwig van Beethoven is a German pianist and composer who is widely regarded as one of the greatest music composers to have ever lived. He composed during the Romantic era of classical music. His Eroica Symphony revolutionized orchestral music that captured the true inner struggles alongside the sheer joys one experiences in life. The world loves Beethoven’s work because, despite his deafness and emotions, and struggles against the world, he never lost his faith or idealism. It’s not just his tunes; it’s the thundering highlights, the blazing triumphs, and the contemplative rhapsodies and hymns. Beethoven’s titanic struggle comes across in almost every piece he composes, alongside an overpowering sense of music and incredible lyrical tenderness being dragged into the contemporary era. The classical genius expanded the traditions of Wolfgang Amadeus Mozart and Joseph Haydn to experiment further with personal expression. Widening the scope of Concerto, Symphony, Quartet, and Sonata, some of his most noteworthy works include Symphony No. 5, Symphony No.9, Moonlight Sonata, Op.125, and Fur Elise.

Being a Baroque composer born in Eisenach in Germany during the 1680s made Bach a prolific composer and also a harpsichordist, organist, violinist, and violist. Bach’s contemporaries admire him for his timeless talent, but most deemed his compositions to be old-fashioned. It wasn’t until the 19th century that his compositions were rediscovered. This Bach-revival period soon led to the world recognizing him as one of the greatest composers of all time. Music enthusiasts who like to play Bach’s compositions on a solo instrument or keyboard find it incredibly beneficial as a therapy for the mind. Composition by back Bach truly spanned forces—from huge sacred instrumental concertos and sacred choral pieces to solo instrumental works and collections of keyboard music. Suites for Unaccompanied Cello, The Well-Tempered Clavier, Brandenburg Concertos, Mass in B Minor, BWV 1007–1012, Orchestral Suites, BWV 232, and BWV 1066–1069 are among his most celebrated compositions. 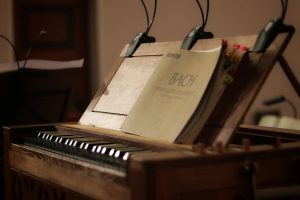 Defining the Classical era with his timeless composition, the all-rounder Austrian composer and genius, Mozart, wrote numerous concertos, symphonies, and revolutionary Italian operas that receive as much love today as they did when they were originally composed. Wolfgang Amadeus Mozart is the only composer who wrote and excelled in all the music genres popular during his time. As the legend goes, Mozart could write music when he turned five and play music at the tender age of three. However, Mozart had a short, tragic life. Even though he had a tremendously successful career, the Classical genius passed away when he was only 35, leaving behind his profoundly mesmerizing requiem. K 581, Clarinet Quintet in A Major, The Marriage of Figaro, and Elvira Madigan are among some of his more notable compositions.

The Romantic composer beau ideal, Pyotr Ilyich Tchaikovsky, is credited for putting Russian music on the European map. After being schooled in the Western European tradition, Tchaikovsky began assimilating elements from Italian, German, and French music with a Russian and personal style. His true devotion to Donizetti, Bellini, and Mozart reflects his intense emotionality and limitless musical talent, which he yoked to his brilliant orchestral sense. His compositions concentrate on obsessive love, fate, and death. Tchaikovsky’s music is one that fearlessly wears its heart on its sleeve, as all his symphonies possess incredible emotional depth. Swan Lake, The Nutcracker, Marche Slave, Piano Concerto No. 1 in B-flat Minor, Op. 71, Op. 23, Op. 31, and Eugene Onegin are some of Tchaikovsky’s best-known works with a profoundly touching quality, making them the most admired in the repertoire. 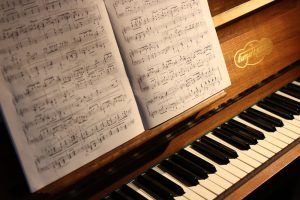 Joseph Haydn, the Austrian composer, is known for single-handedly developing and establishing the formats and styles on which the Classical style music was based for over a century. He’s widely known as the ‘Father of the String Quartet’ and ‘Father of the Symphony’, but the prolific composer’s influence was equally commendable on the piano sonata, concerto, and the piano trio. Haydn’s musical form and style cast a gigantic shadow over the subsequent music composers, such as Brahms, Mendelssohn, and Schubert. Ludwig Van Beethoven was also one of his most celebrated pupils. Haydn’s compositions are commonly characterized as witty, light, and elegant and include works like Symphony No. 92 in G Major, Emperor Quartet, Cello Concerto No. 2 in D Major, and so on.

As a Polish-French pianist and composer of the Romantic period, Frédéric Chopin is known for being the composer who devoted himself to a single instrument. Chopin’s association of nationalism with music and innovations in harmony, style, and musical form remained influential throughout and after the late Romantic period. His sensitive approach towards the keyboard enabled him to explore all resources pertaining to the piano, including innovative peddling and fingering. Chopin’s imaginative vision and understanding remain inimitable to date. He’s known for primarily writing piano compositions, with B. 49, Nocturne in C-sharp Minor, Op. 9 No. 2 in E-flat Major, Nocturne, and Heroic Polonaise being amongst the most celebrated ones. His style has influences of compositions from Mozart, the classical Bach tradition, Schubert, and Polish folk music. No other composer is known for adding such significant works to the piano’s repertoire. 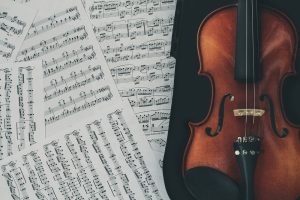 The American composer is known for composing music that accompanies some of the world’s most cherished on-screen memories. Whether it’s the flinching snitches and swerving broomsticks around the wizard Harry Potter, dinosaurs stomping through the Jurassic theme park, or E.T calling home, John Williams was behind the tremendously captivating music themes of each one of these memorable films. Williams is nothing less than a perfectionist and a true legend of the film industry music craft of the 20th and the 21st-centuries.

Feeling inspired? At The Young Musician Music Institute, we believe everyone has the potential to be a genius. With the right guidance, supportive environment, and continuous practice, you can also gain the special expertise needed to exhibit remarkable music virtuosity. Thinking of learning by watching videos on streaming platforms? You should know that nothing comes close to learning from an actual, qualified music teacher from a reputable music institution. 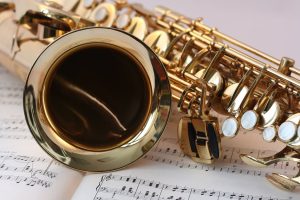 Team TYMMI strives to refine your skills and polish your talent when you enroll yourself in our music classes. You can learn music of all sorts and prepare for trinity certificate exams if you’re thinking about acquiring a trinity music certificate. We’re the top choice of most music enthusiasts looking for credible music instrument lessons and singing classes in Abu Dhabi, UAE. We offer a variety of toddler music lessons and music courses for beginners, including guitar lessons, piano lessons, drums lessons, violin lessons, vocal lessons, singing lessons, and more. We also offer music lessons for those interested in progressing their music careers with rock & pop graded exams and performance master classes.

Contact us to find out more details about our music school or music classes in UAE. Who knows, you might be just a few steps away from curating your own masterpiece. 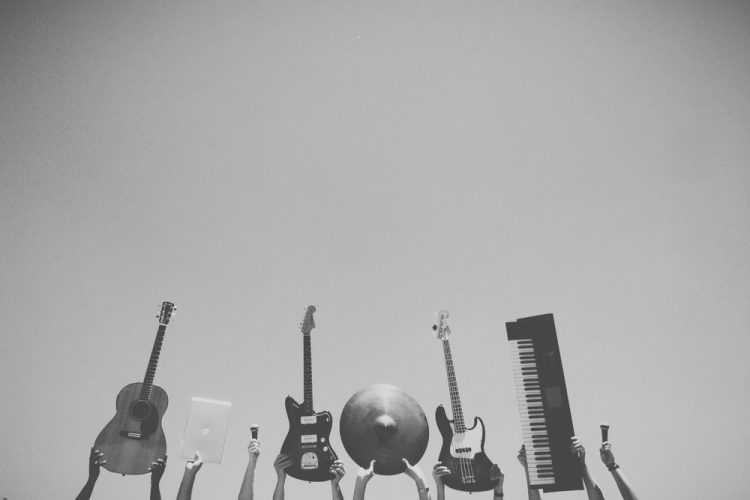 The Best Musical Instruments for Beginners